'A Different Kind of Belfast Story' 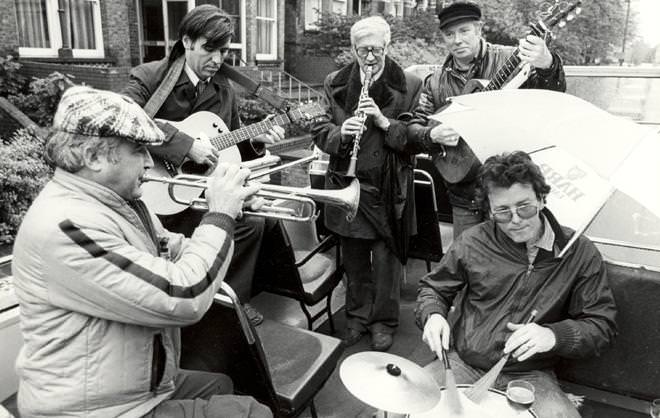 With the onset of the Troubles, and with Emmerson leaving to run the Newcastle upon Tyne Festival, the years of 1970 and 71 had no programme. However the University took the decision to bring back the Festival in 1972, with David Laing being employed to deliver two Festivals, a small version in February and a larger programme in November. Having successfully set the Festival back on its feet, Laing left for pastures new. The new Festival Director was another Michael, Michael Barnes. A senior lecturer in the History department, Barnes had already had an involvement with the Festival in the 60s through his chairing of the QFT sub-committee and his creation in 1966 of the revue show starring Stephen (then Graeme) Rea, named The Telegraph Loved It. Barnes was still able to lecture but was charged with carrying the Festival on, from its new base in 20 Malone Road. Barnes was lucky to have on his staff Betty Craig, drafted in from the Students Union, who assisted in developing the Festival from a small programme in 1973, to the point in 1979, when the Belfast Festival was second only to Edinburgh in the British Isles.

As you would expect, developing and promoting a Festival in times of civil strife was a difficult task. Getting staff to gigs throughout the city was difficult, bringing artists to Belfast could take persuasion, and communicating 'a different kind of Belfast story' was nigh on impossible in the eyes of the world. Many of the people who worked for the Festival in that time speak of putting on the Festival as an 'act of defiance' in the midst of violence, division and hatred. The Festival is often spoke of as a neutral space, based in South Belfast, where the Troubles of the time, could for a brief moment, be forgotten in the sound of a symphony or the energy of a jazz gig.

Working with a core staff augmented by willing volunteers, artists would be personally driven from Aldergrove into the city, the driver armed with alternative routes to the Europa Hotel. Roadblocks, the security checkpoints, the constant vigilance are nearly forgotten now, but putting on an international Festival took commitment and above all a belief in the transformative power of art for the city, a belief that the yearly ritual of putting on something which at first glance seems so unimportant in the great scheme of things, was in fact an act of great importance to the city as a whole. The funders, the Arts Council of Northern Ireland, the City Council, and Guinness, realised this and supported the Festival throughout the 70s and 80s, ensuring that while the Festival was the only show in town, it was also a high quality offering.

In 1980, the Grand Opera House was reopened. This 19th century jewel in the crown of the Belfast art scene was seen as a symbol of whether the arts were important to the city or not. The Opera House was the first major landmark in the city centre to reopen after the Troubles began and was the start of what is now called 'regeneration'. For the Festival, it meant that they had to share their Director, Michael Barnes with the new organisation, but that the possibilities for what could be put on in Belfast improved, with a venue that could hold 1000 people being very useful to luring bigger names to Belfast. The opening of the Grand Opera House also brought Robert Agnew from Armagh to become Marketing Officer for the new venue. Agnew was to become one of the longest serving Festival staff and became Assistant Director on the retirement of Betty Craig in 1984. New possibilities and New Challenges 1994-2012.