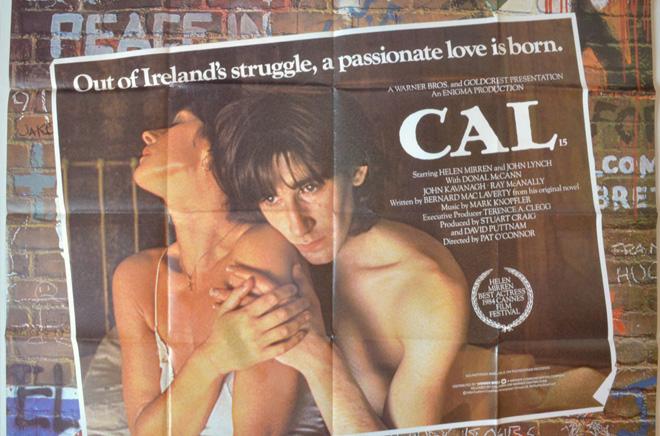 The Belfast Festival has a history of introducing its audiences to both popular big-name films and undiscovered gems.

In the early days of film, the Festival programme was selected by the Film Society, often referred to as the 16 Club, and they had a part in the early 1961 and 1962 student Festivals, showing "Hiroshima Mon Amour" at the Geology Lecture Theatre. The 1964 Festivals announced "Viva Zapata", the story of the Mexican revolution as a double bill with "Vivre sa Vie", an experimental film recounting the descent of a young Parisian woman. The News and Cartoon Cinema on College Square East became the home for a late night film programme, with many of the films shown having very little chance of appearing in Belfast at any other time of the year, such as Orson Welles' "The Trial".

As the 1960s progressed, the absence of a purpose-built theatre became apparent (the News and Cartoon Cinema had a rather chequered stability). Michael Emmerson met Michael Barnes while crossing the street one Spring day in 1968. Emmerson suggested to Barnes that it might be a good idea to have a cinema on campus, and Barnes agreed to start it. The University backed the idea, and Emmerson found a lecture hall in University Mews, at the back of University Square. Barnes originally thought the project would take years to achieve, but in fact the Queen’s Film Theatre was set up within the year, ready for the 1968 Festival, for the princely sum of £4,000. The QFT entered the Festival with the Gregory Peck classic "The Gunfighter" on the 15th of November 1968, and has been an ever-present throughout the Festival’s history.

Michael Open was the QFT’s administrator for over 30 years, and produced many outstanding programmes for the Festival, with highlights including a legendary Buster Keaton season in 1972, with piano accompaniment provided by Steve Briggs, a research student from the Chemistry department. Alexander Walker, film critic of the London Evening Standard, came to the Festival in 1975 and spoke about films at festivals, and that year saw the premiere of "Death Race 2000" by Roger Corman, of which Walker would hardly have approved.

1984 saw one of those special Festival events with the first showing of "Cal" in Northern Ireland. Starring John Lynch and Helen Mirren, and based on the novel by Bernard MacLaverty, it played to 41 consecutive full houses, with a total of 14,000 people seeing the film. It was the first internationally recognised film to represent Northern Ireland during the Troubles, and it became a sensation, with desperate ticket seekers besieging the QFT box office with requests that could not be fulfilled.

Alan Parker and David, now Lord, Putnam visited the Festival in the mid 1980s with a number of films; "Birdy", "Defence of the Realm" and "Angel Heart". Jeremy Irons visited in the early 1990s in one of the most notable live events the QFT held, another more recent visitor was David Lynch, who spoke of his film career and signed many a film poster. With Susan Picken now in charge, the QFT continues to mix popular high quality programming with rare and unknown gems, in keeping with the spirit of the 16 Club, and Barnes and Emmerson on a spring day on University Road.